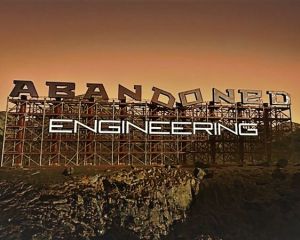 Structures of steel and iron eerily stand unfinished after they were abandoned midway in construction, covered in weeds, moss and rust, the show explores what they could have been.